A New Chance for the Symbolic Dimension

A New Chance for Symbolic Dimension (2005) is a video installation based on a scene of Ingmar Bergman's The Magician (Ansiktet, 1958) in which art and society, magic and art are confronted.
A scene of the film is projected onto a phosphorescent screen which preserves for a little while a halo of the images creating a ghostly sensation. The work uses a clever application of mechanical sorcery that creates a magic phenomenon that echoes the fakery and trickery of the film.

In this scene the authorities of a little Swedish village at beginning of twentieth century, medical, police and governor, examine a troupe of showmen that just arrived in town. The performers use occultist techniques and optical tricks for their shows and this annoys the positivist spirit of science and politics. Those humiliate the members of the company in the name of public safety. Dr Vogler (Max von Sidow) is the artist, the representative of sublime and uncertain, that confronts Dr Vergerus, Health Minister, representative of the truth of Science. 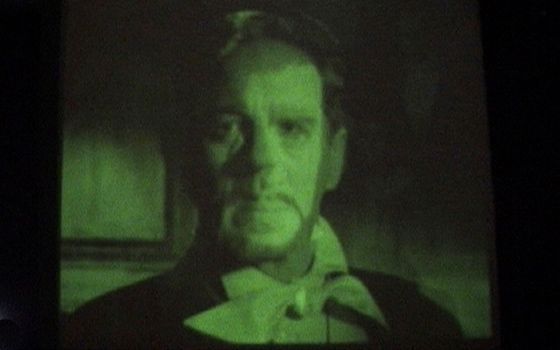 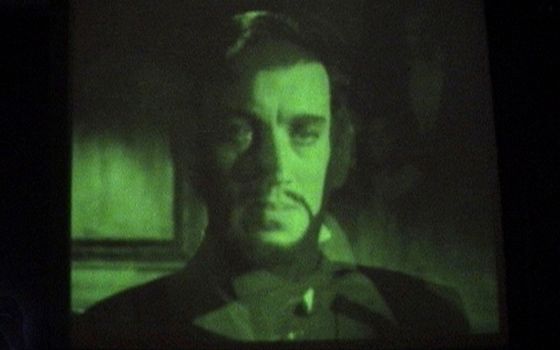 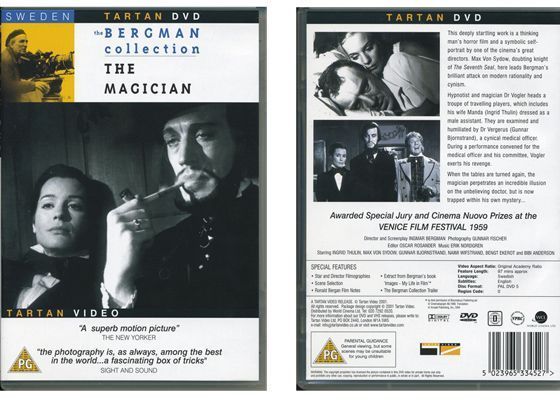