Commuting Time, or Cum Tempore, C.T. is a performative work that takes place simultaneously in two galleries. During the whole month of November, a conversation between two people is recorded on video, in thirty takes, using the cinematographic device of the shot-reverse-shot. The peculiarity of this recording is that each shot is taken alternately in two different cities, Barcelona and Santiago de Compostela, and 24 hours later. In the middle of the shot, attending the conversation, is always the artist, which obliges him to physically travel between these two cities every day, a train journey of some 13 hours covering a distance of 900 kilometres.

In other words, while the visitor is looking at this work in the Trinta/ethall gallery, the artist is almost certainly either approaching him or moving away from him.

This is an essentially technical operation, an extremely artificial experience. For the artist it requires a preparation and a state of mind similar to that of a space journey, in terms of the long travelling, the objectives of the mission, the physical and psychological conditions of the participants: how to maintain a balanced diet, or a good physical shape in these weightless conditions, what experiments to carry out during the journey, how to develop the extra-vehicular activities, from the train to the gallery and the hotel, from the hotel to the train again in the morning, how to cope with the recording tasks in the two space stations, in Barcelona and in Santiago, how to adjust all the parameters at the same time, and how to make the filming in the two space stations, in Barcelona and in Santiago? It is necessary to fine-tune all the parameters simultaneously, to coordinate the actors and the technicians, between them and with the artist: complete submission to the mechanisms and their times, a great effort of management and synchronicity, passive and active.

And all in all, what for? The intention, expressed with determination through actions and words, is that the resulting video is indistinguishable from the one that would be obtained by filming all the shots in the same room and in a single afternoon. It is an objective that can be described as absurd according to many criteria. Will the conversation be heavier because of this hidden clause?

Even if it makes no difference to the spectator, the work will undoubtedly have an effect on the artist, because of this repeated illogical waste of time, money, energy, because of this exhaustive series of insignificant acts. His life this month becomes a realisation that, only to the extent that time is destroyed – personal time, the time he has left to live, art and life – art and death – become equivalent.

Written and directed by Manuel Saiz

Recorded at etHALL and Galería Trinta 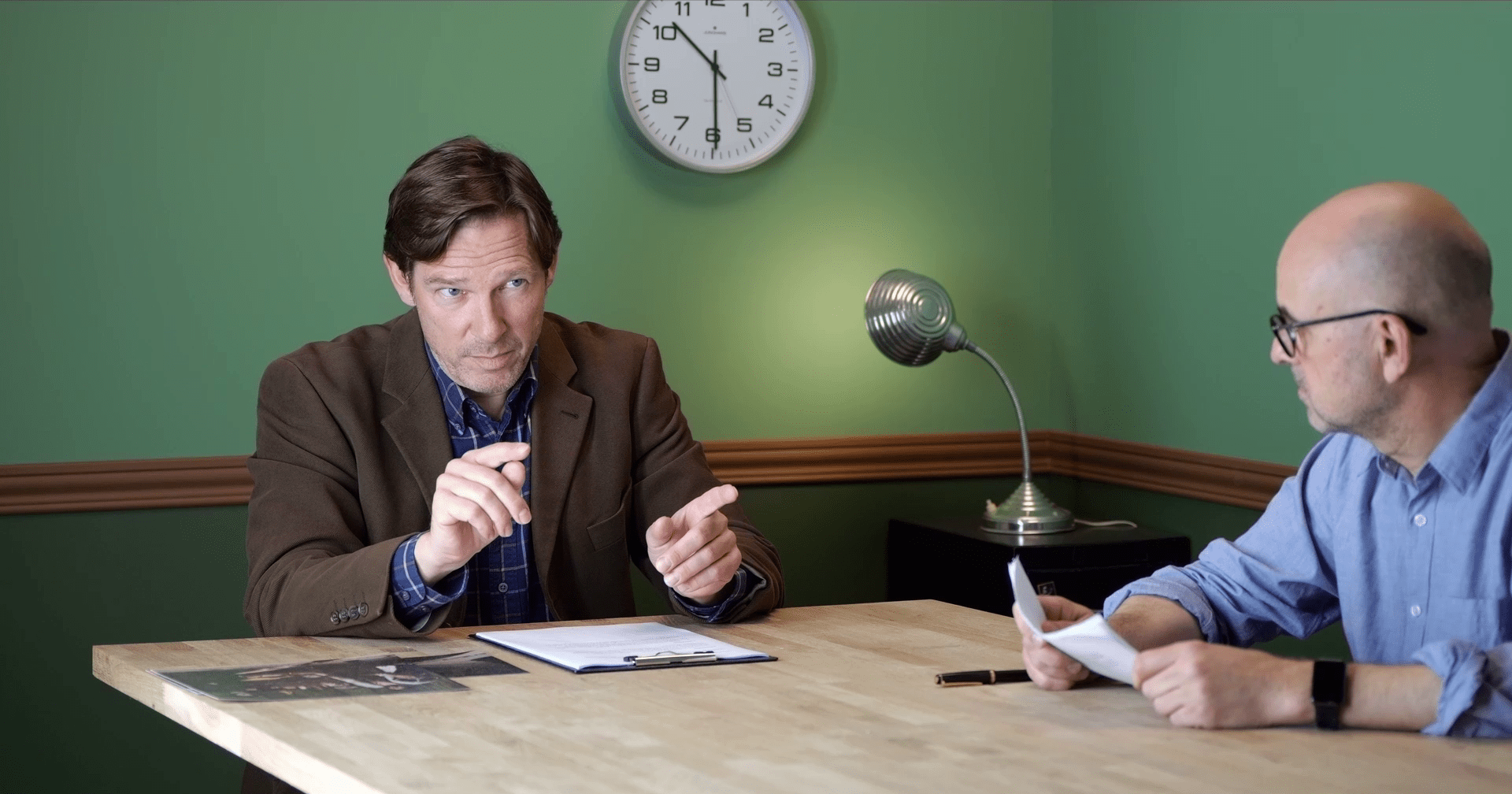 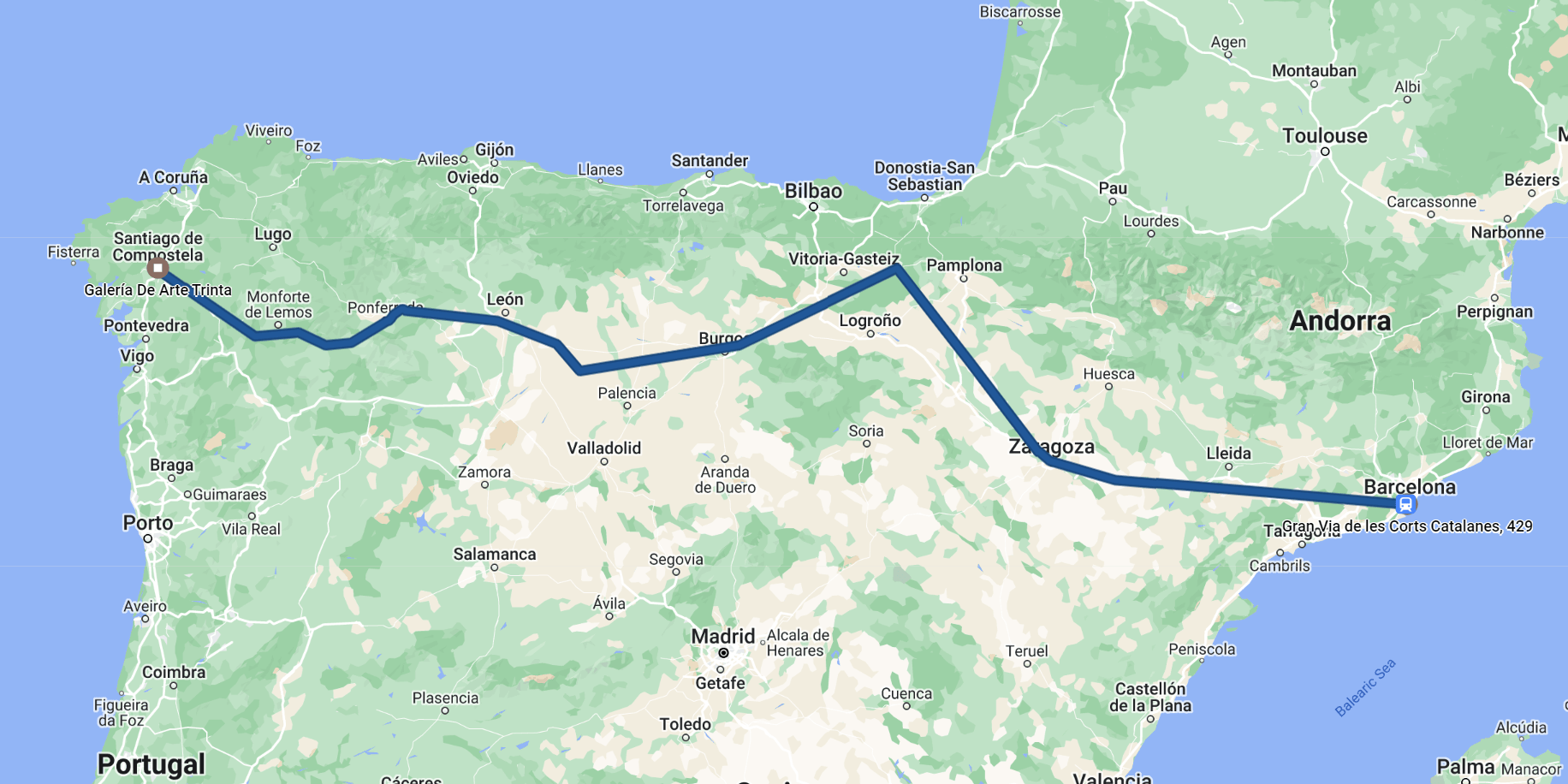 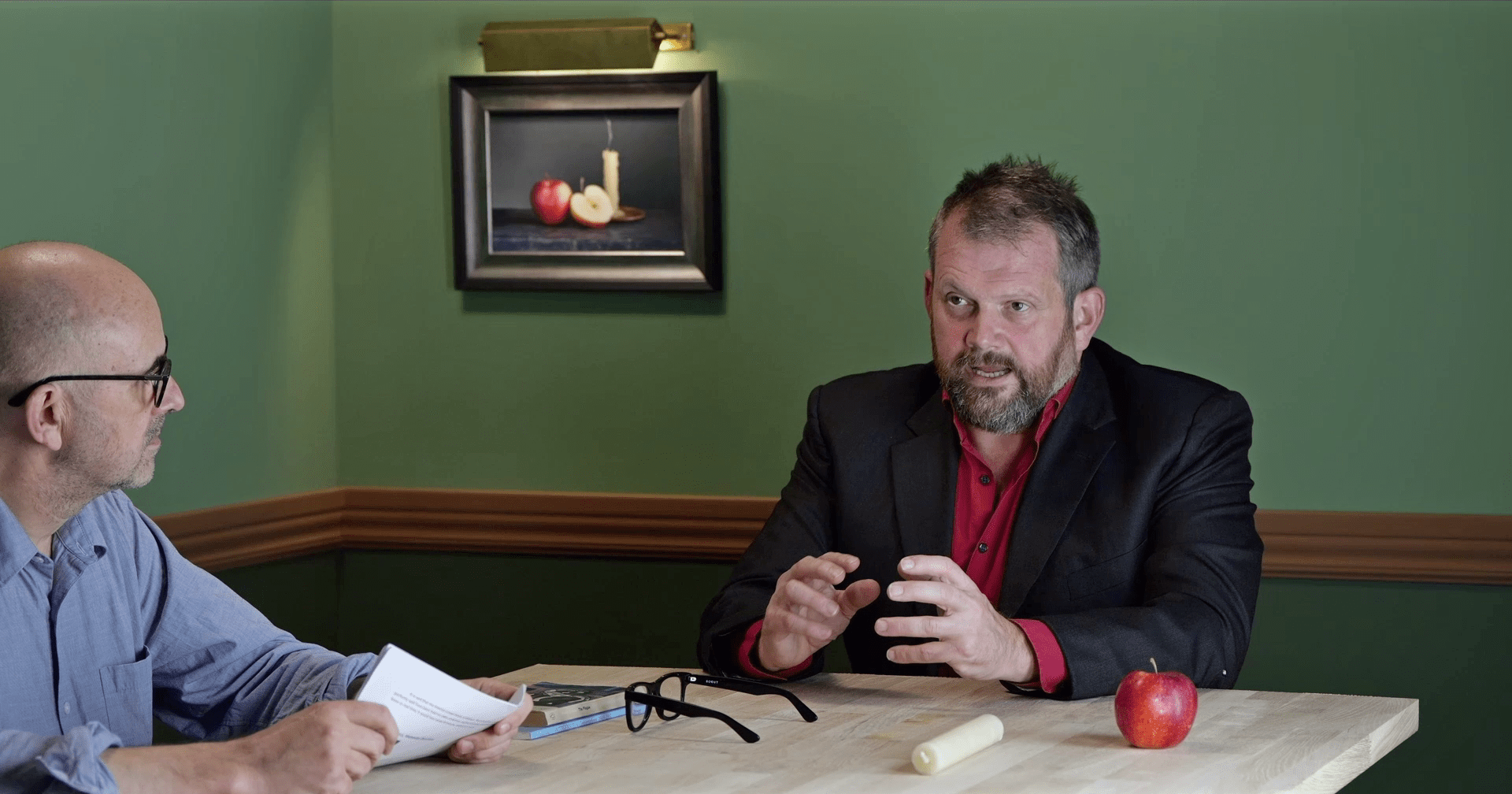 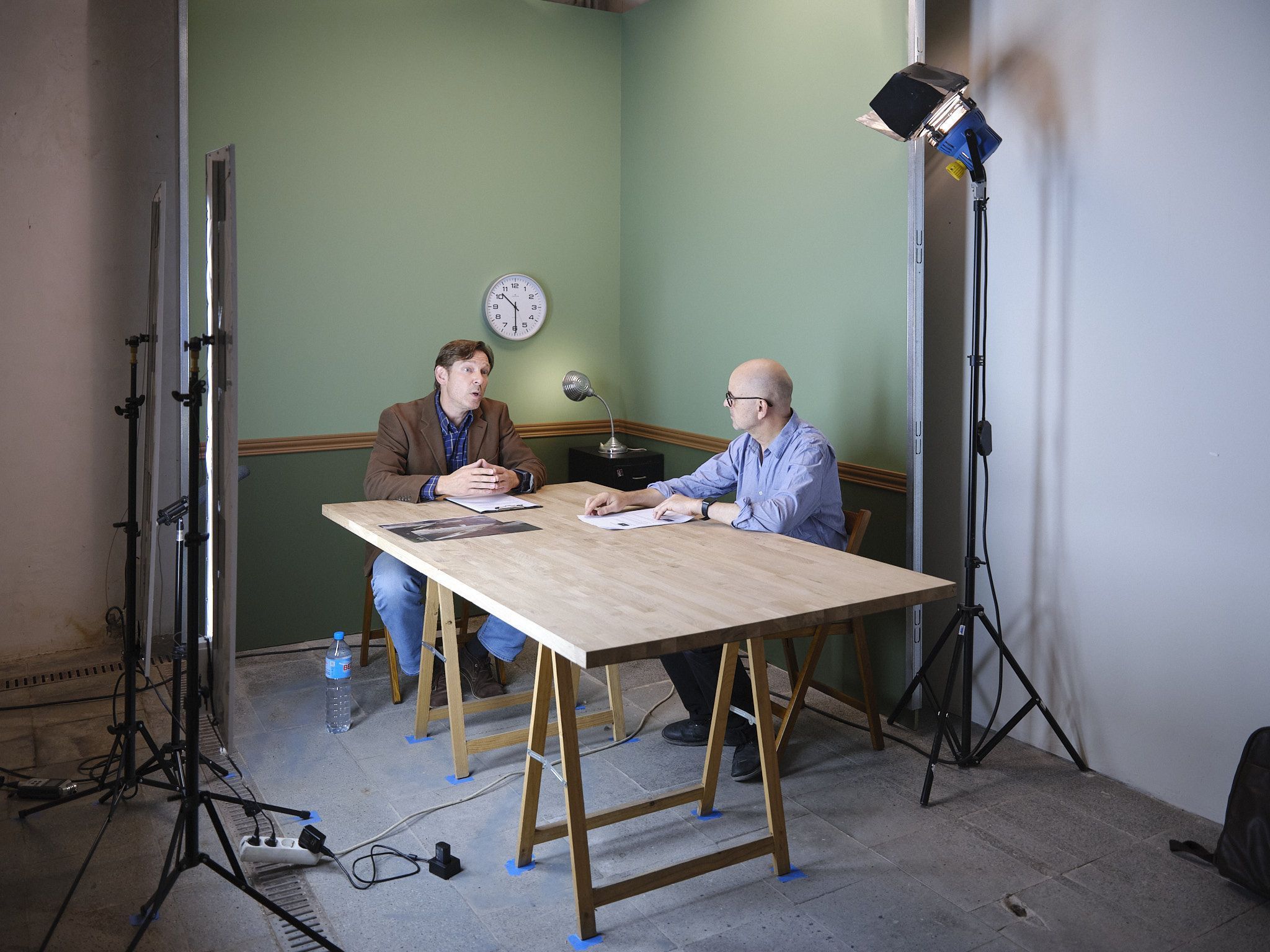