The two towers are made in the same material than those of the former work Untitled. The concept of the work has to do also with the idea of instability that interested me in the previous sculpture. The 1 by 1 m pieces of glass are supported just by that very same point in which the terminals made contact in Untitled. The names of Nietzsche and Hoelderlin are written in the wall, and are cut in half by the glass in such a way that, if you look from below you see the low part of the word mirrored, and if you look from about, you see the top part reflected. The image of the word is also the mixture of both parts, the reflected and the seen through, and it makes the text somehow difficult to read. There was also the drawing in the picture, which usually accompanied the installation. It was shown at two exhibitions organized by the Instituto de la Juventud, one in Madrid, at the extinct Museum of Contemporary Art, and then at the Konstructioner, Udstillingsbygningen, Copenhague (Denmark). The drawing was photographed at the studio. 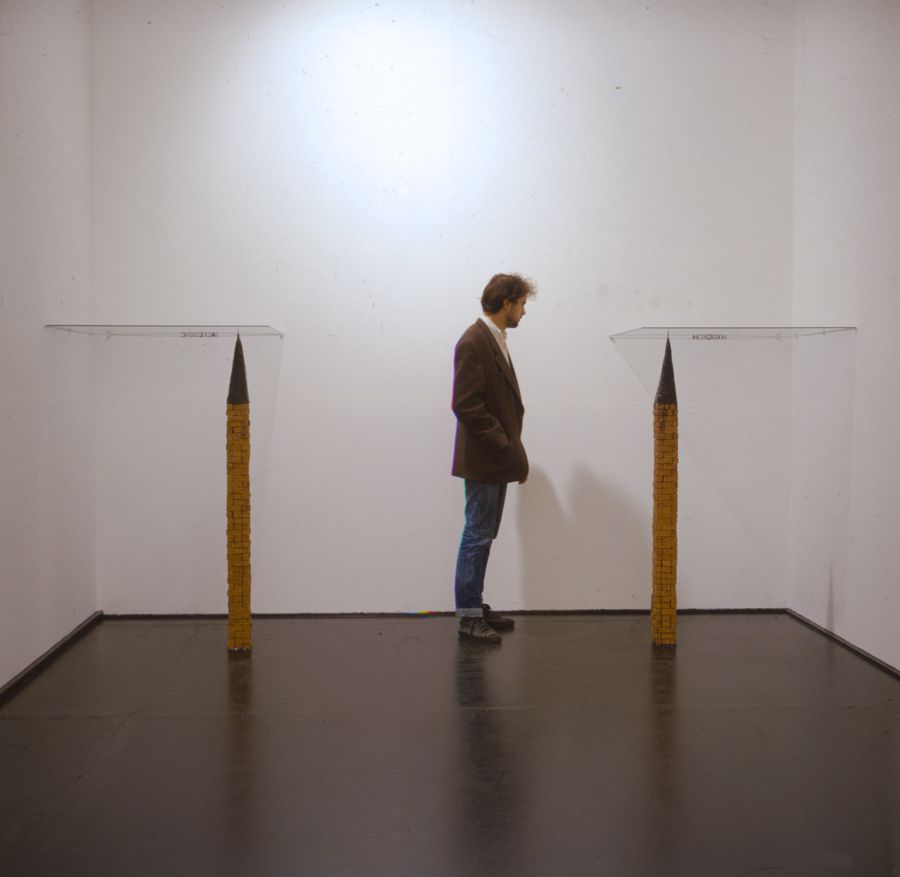 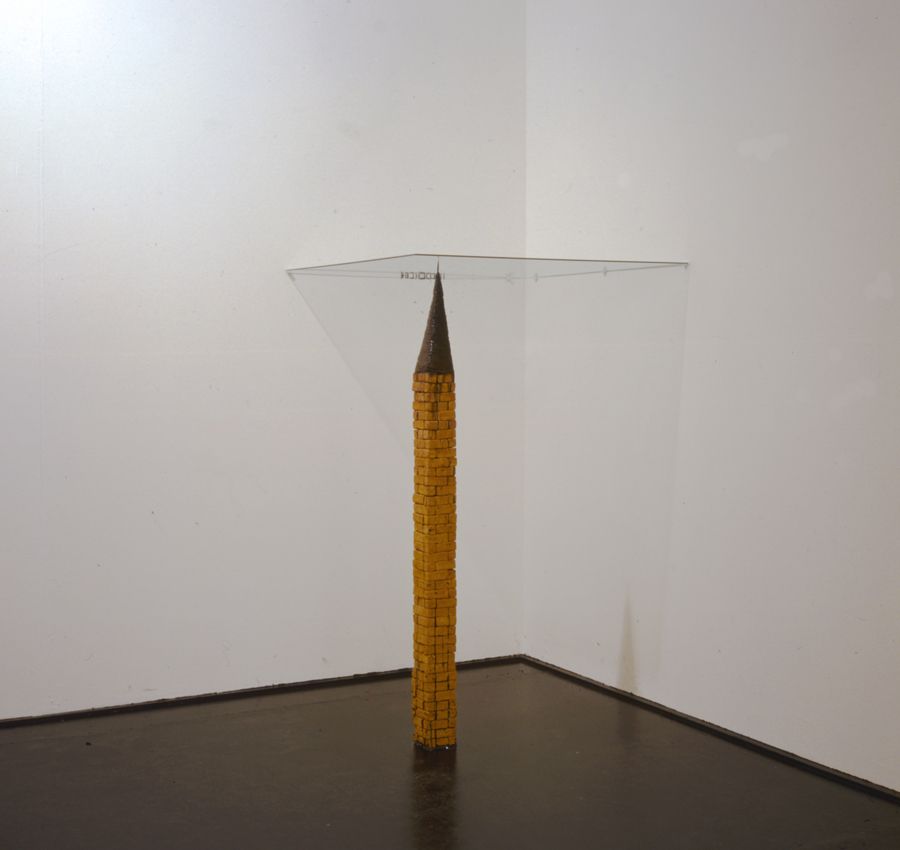 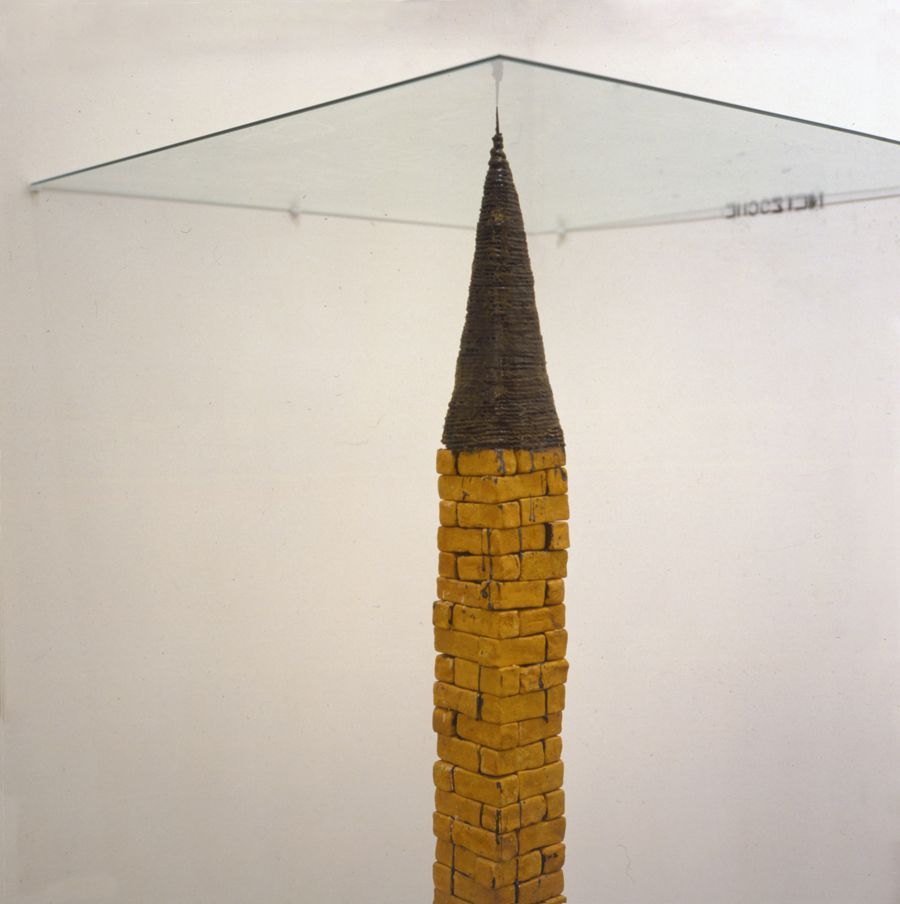 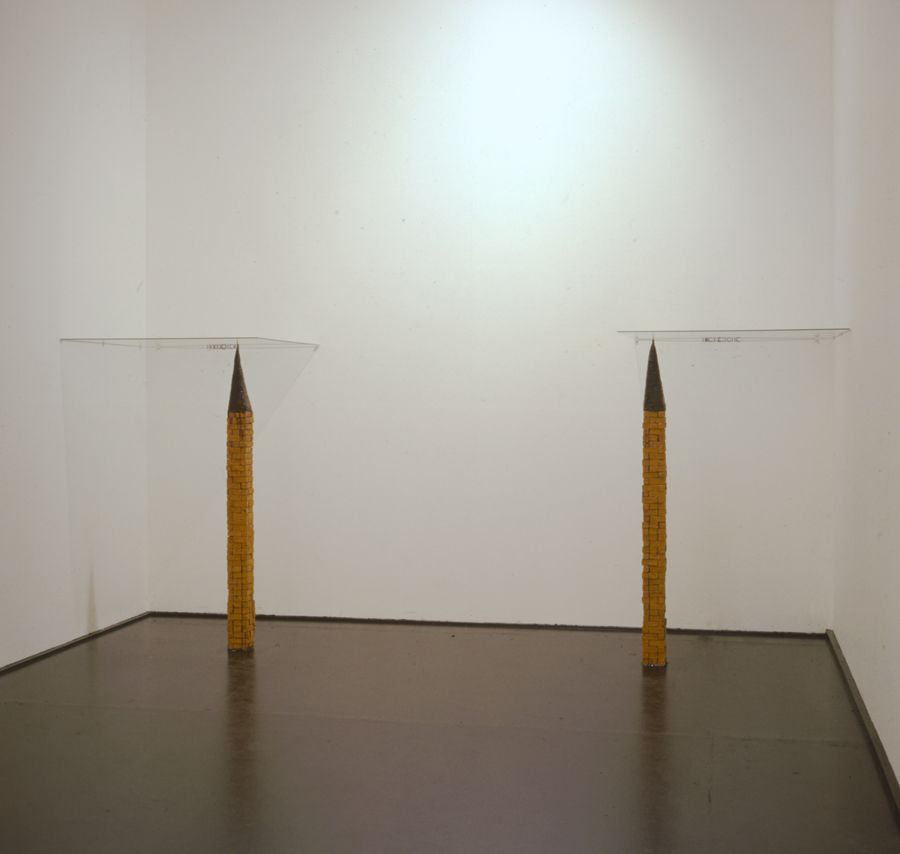 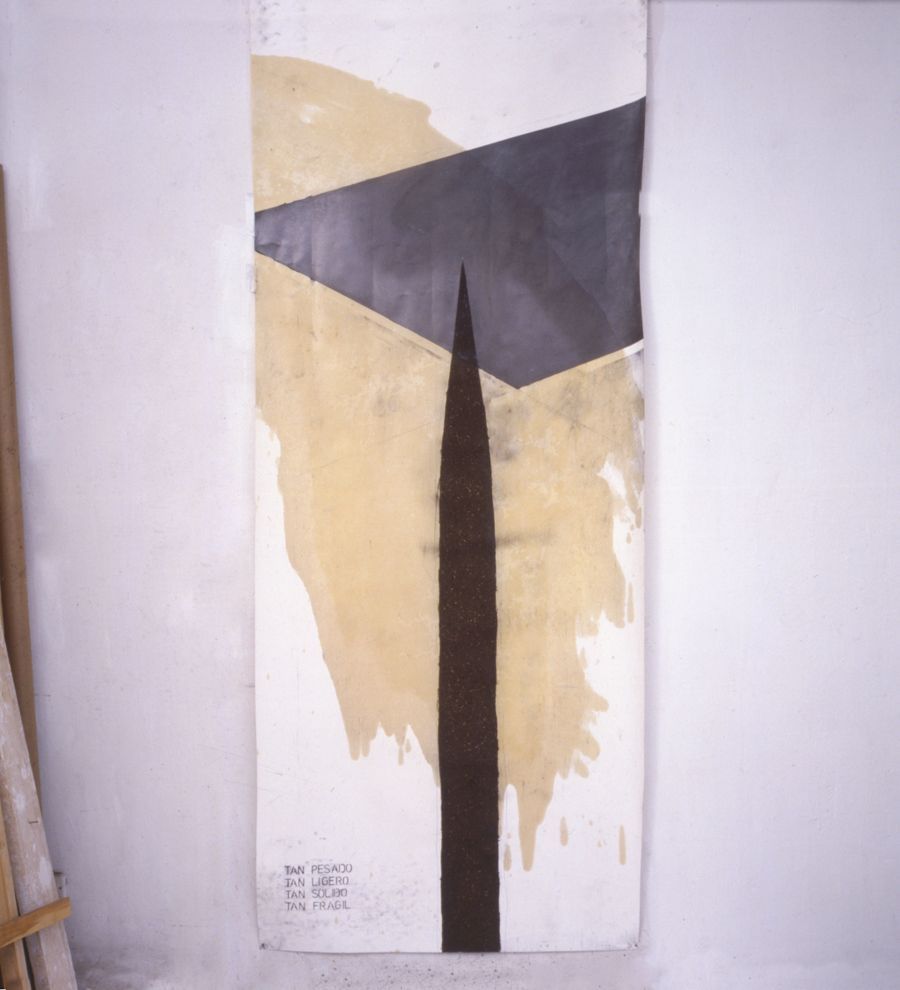