The installation runs at Newcastle's Laing Art Gallery from the 17th until the 25th May. On the first evening 40 couples from the audience take part in the installation. Thanks to the gallery and all the participants for their help, support and affection.

Public Display of Affection is a combination of video installation and live art project and it is aimed to audience participation. A dedicated automated film set recording spinning travelling scenes and allowing visitors to perform scenes of kisses in the very Hollywood style.

The concept is based on a cinematographic technique of commercial films widely used in features after the sixties that consists on a circular movement of the camera around the subject, usually in conjunction with blurry light and orchestral music. It is mainly used in scenes that mean to be an important moment of spiritual elevation, as big achievements, mystical findings or the apotheosis of love. In many of the scenes in which this effect is used the subject of it are the two main characters of the film finally kissing after the overcome of a row of reversal circumstances.

The installation consists on a film set with a video recording device that reproduce this cinematographic effect for the visitors who want to participate. Couples stand on a spot of the set and are recorded with film lighting, orchestral music and circular travelling while kissing, hugging or cuddling in front of the camera. Dedicated software manage the timing in which camera starts recording, light dims and music fades in and out. Standard takes last for 30 seconds. The images are recorded on tape and shown live in a monitor. The recording represents a “moment of fascination” for participants and audience.

Public Display of Affection reflects on the image of the world and the perception of reality we have through the narrational devices of the media, and about the concept of intimacy in the public realm. It gives participants the possibility of an experience on the limits of reality and fiction.

Forty two couples took part during four days of May 2007 at the Laing Art Gallery in Newcastle Sixty three couples were recorded at Galeria Moriary in Madrid, February 2010 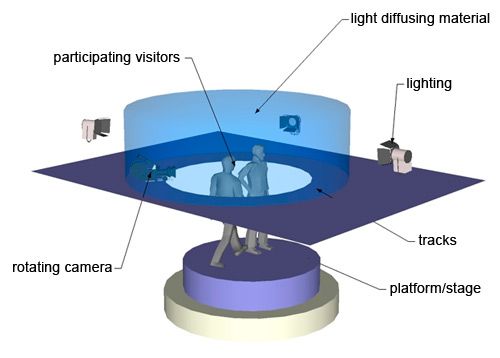 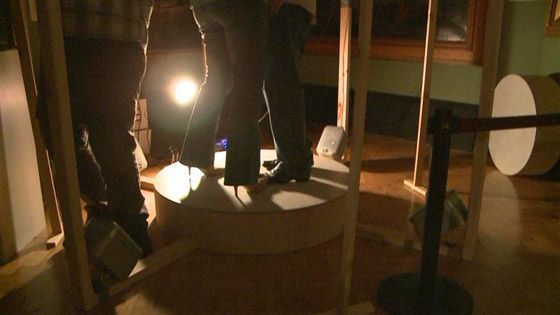 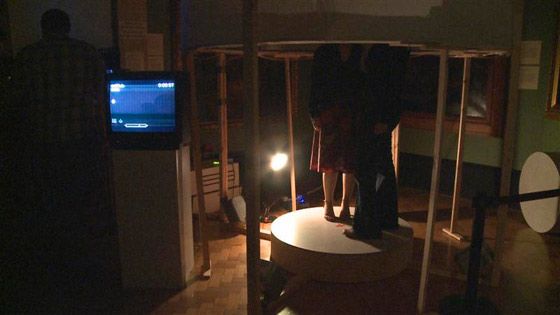 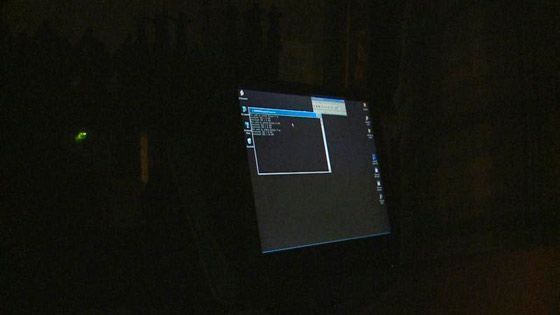 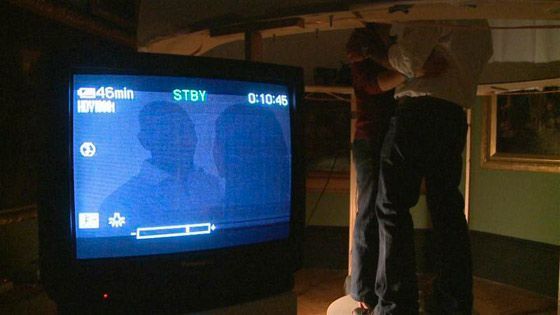 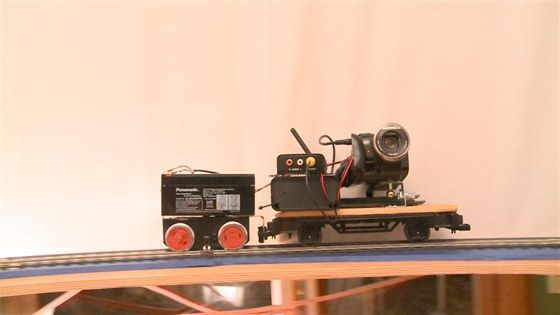 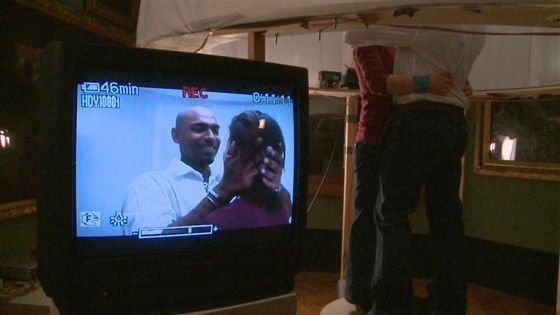 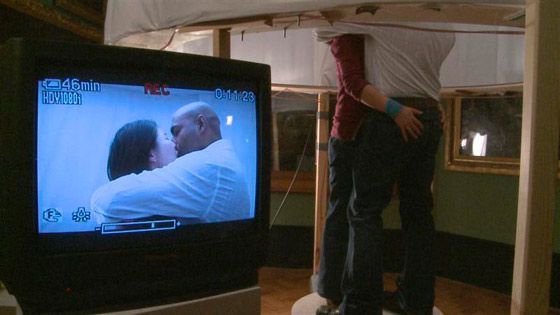 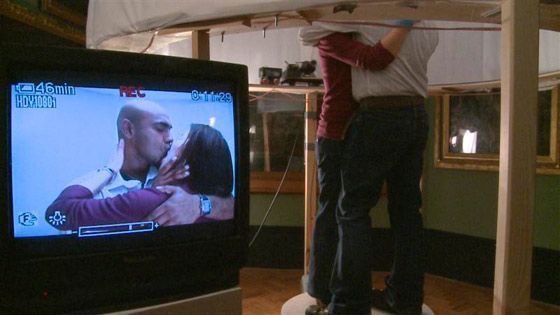 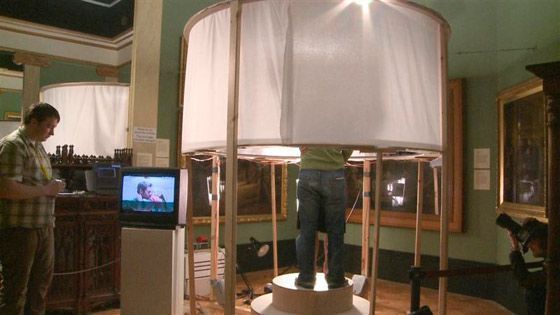 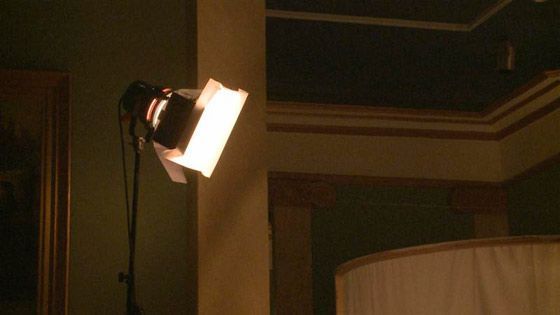 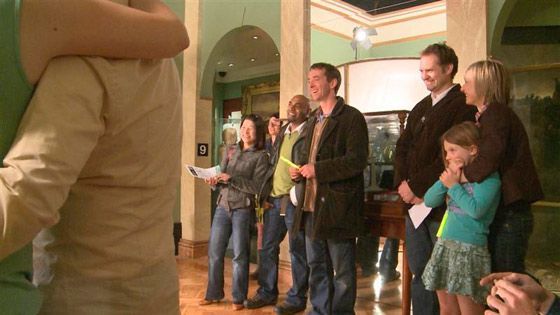 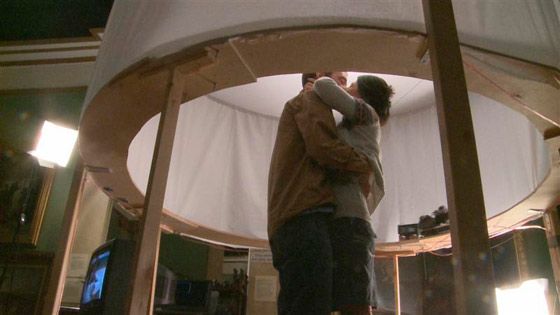 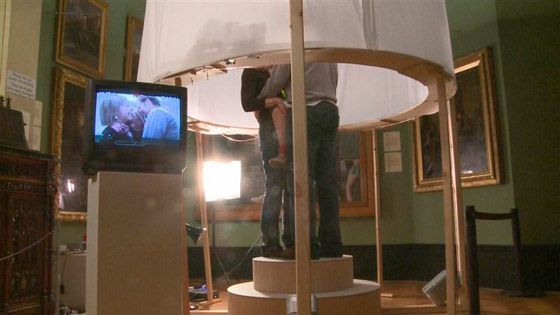 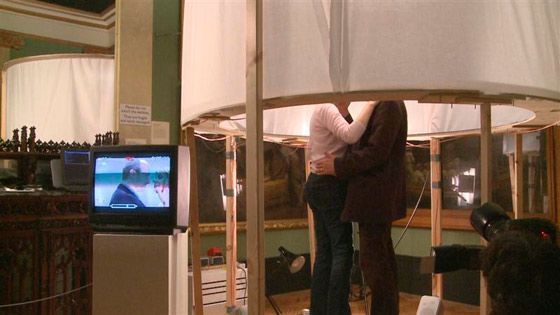