This was the first of of a series of three installations that took place in different galleries and that kept me busy during 1994/5, and that represented unbearable physical labour and logistic problems. The whole floor of Trayecto Gallery, in Vitoria (Spain) was tessellated with heaps of soil and moss shaped and distributed according to a mathematical pattern. The pattern was taken from a book by Roger Penrose and it is a 'quasi-periodic tiling with a crystallographically ‘impossible’ fivefold quasi-symmetry'.
Here is the catalogue of the show, with a long text about the concept. 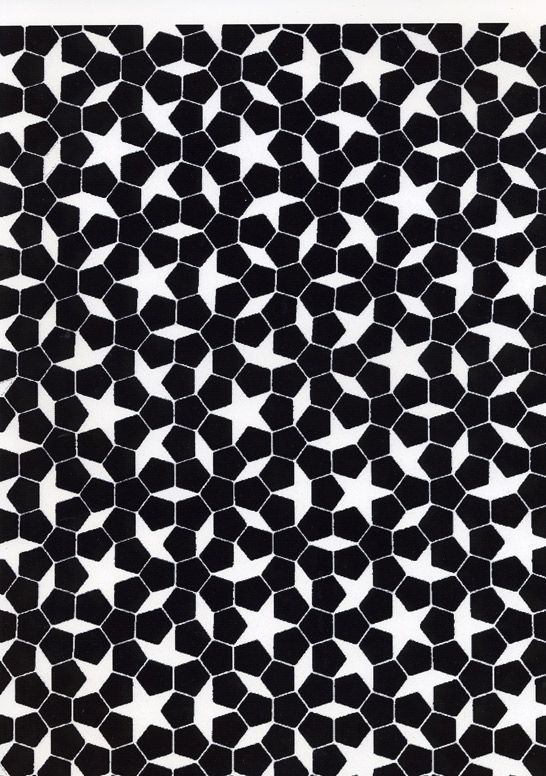 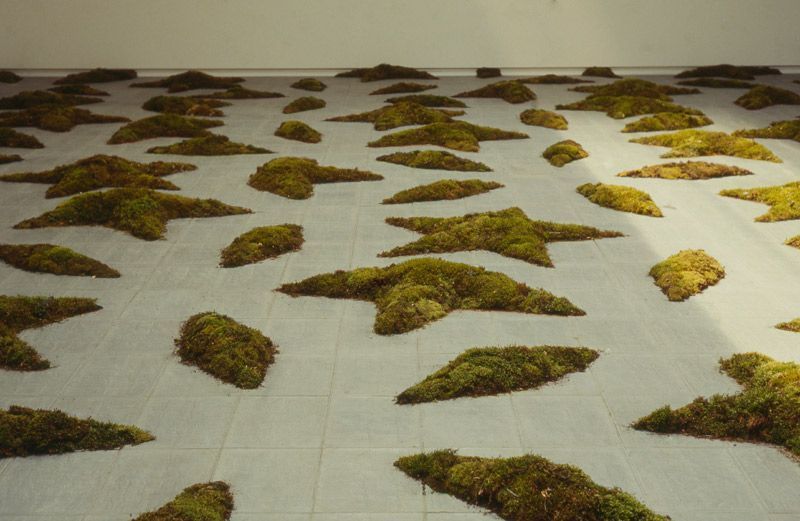 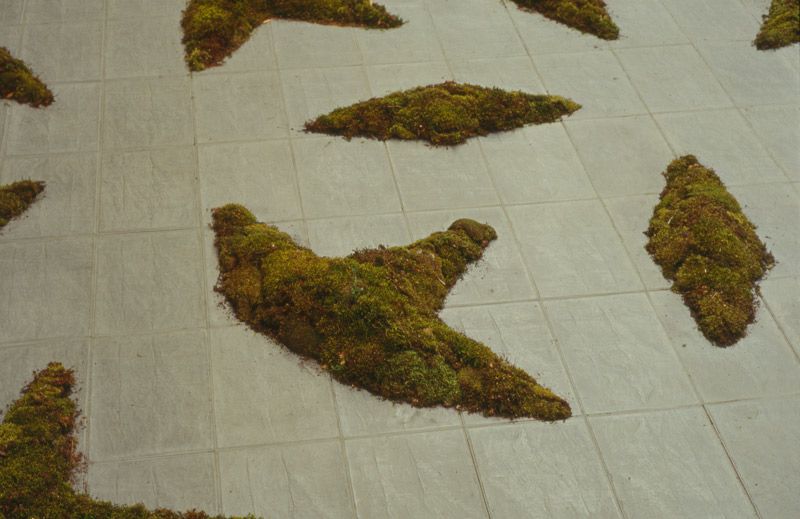 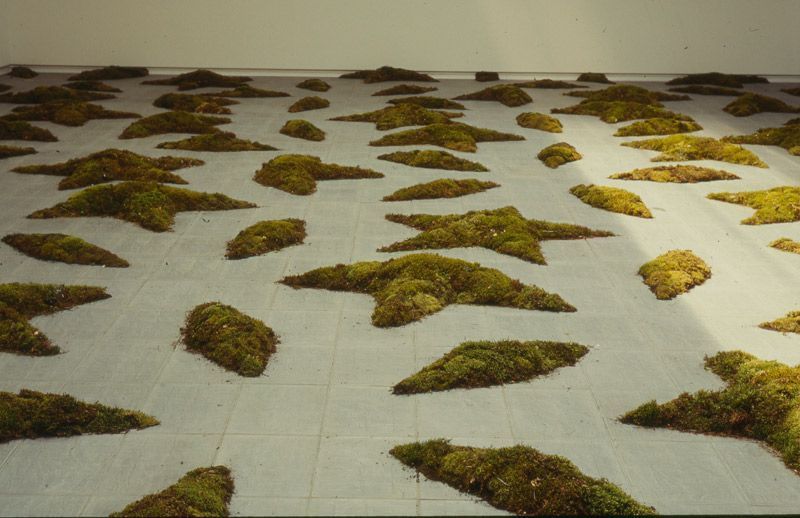 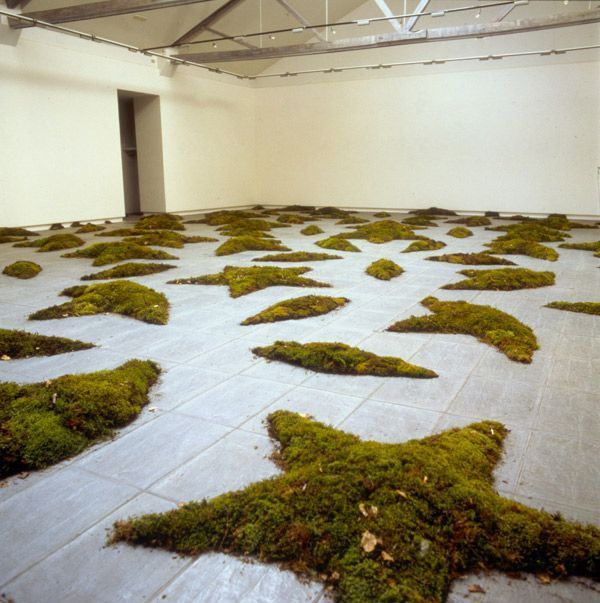 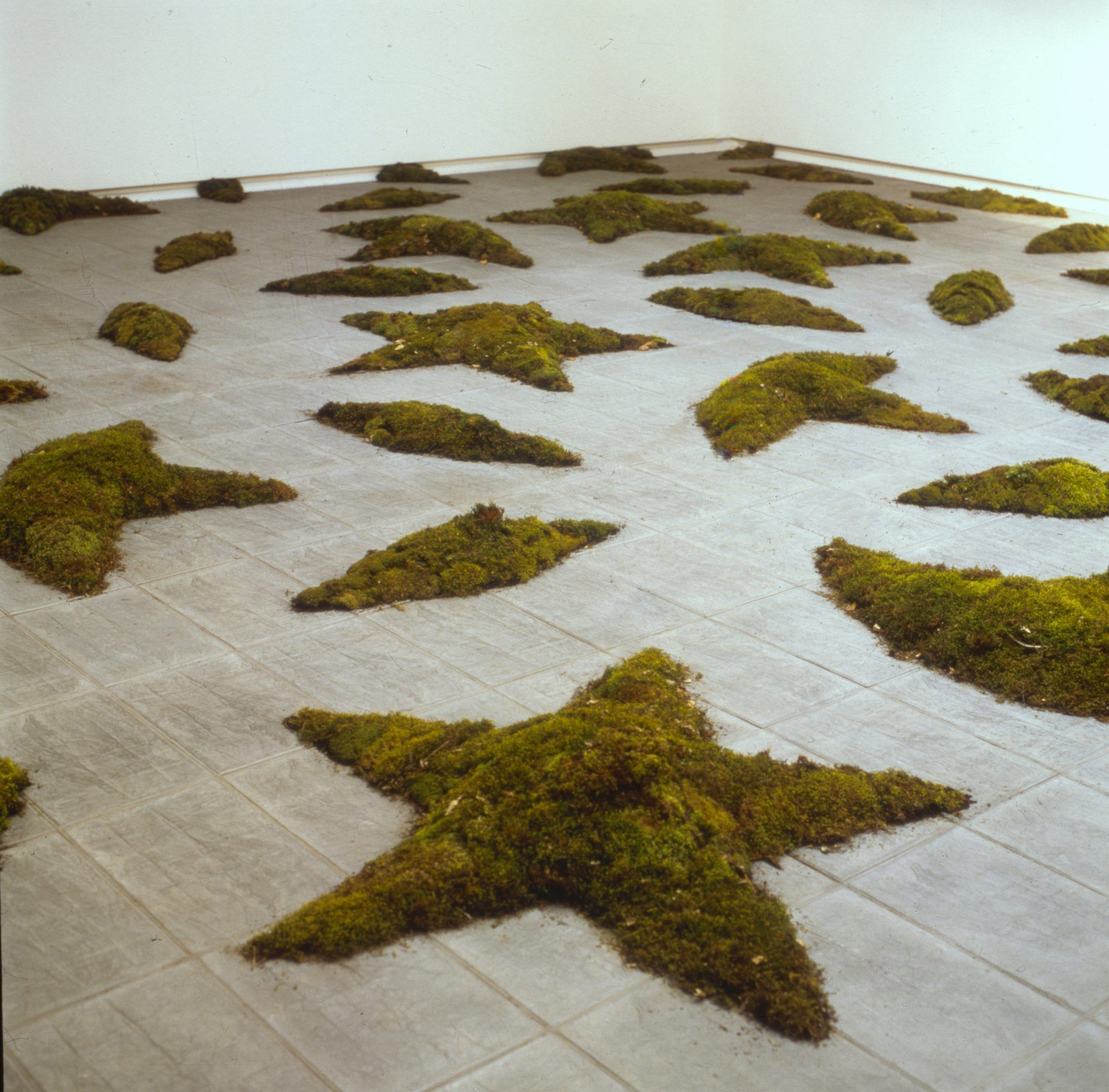