Lyotard's term for a dispute resulting from the fact that one party cannot voice her complaints (or points) because the other insists on speaking within a different language game or genre of discourse.

After a scene of William Wyler's film The Collector (1965) written by Stanley Mann and John Kohn.

One side's legitimacy does not imply the other's lack of legitimacy. However, applying a single rule of judgment to both in order to settle their differend as though it were merely a litigation would wrong (at least) one of them (and both of them if neither side admits this rule). Jean François Lyotard

The starting point of the work is a scene of William Wyler's The Collector, in which the two main characters argue about a Picasso painting. This scene has been reshoot in 11 versions that correspond each to a different language.

To shoot versions in several languages was a common practice in the beginning of sound cinema, when dubbing techniques were not yet developed enough. It was frequent to swap actors in the same sets to shoot the international versions of the film. But sometimes also happens that the same actors were forced to play every version of the film: famous actors were required at all times in the screen because the pressure exerted by the early stars system. That was the case of Stan Laurel and Oliver Hardy, which used to learn by heart the Spanish, Italian, German and French dialogues. Then they delivered it during the shoot with a very characteristic accent that was related, for the audiences of those versions, to what makes them funny.

The Collector is a film about the contact between two spheres of thinking completely separated of the other, the one of an artists and this of her kidnapper. All attempts to create a common space of communication fail. Performers are heterogeneous even to their own words.

That's a good painting. Isn't it?

Well, of course they don't. He is not trying to draw a face as it is. He is trying to express the faces as he sees it and feels it.

Because he sees it that way that makes it good

But it is not a photograph

What is wrong with photographs?

Nothing wrong with photographs

Neither does this. It's a face from all different angles. It's a character behind the face.

Just because you can't grasp it right away

Well, how do I grasp it?

I will tell you something about this. It doesn't mean anything. Not just to me, to anybody else. You just say it does because some professor somewhere told you it did. It makes you so superior. You and all your friends. I don't think one in a million decent ordinary people would say that this is any good. It is rubbish, rubbish, that's all it is. 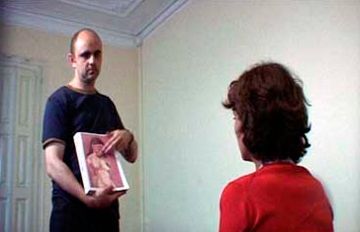 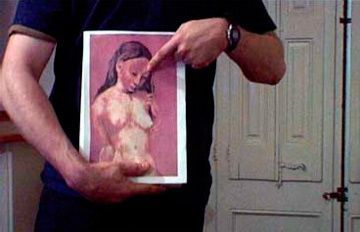 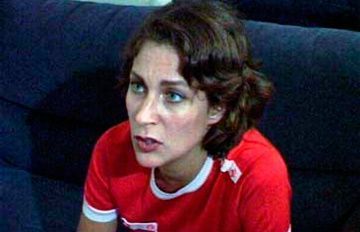 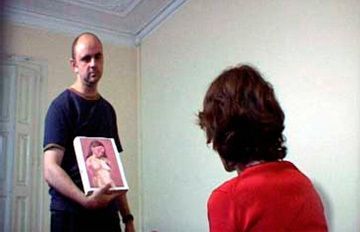 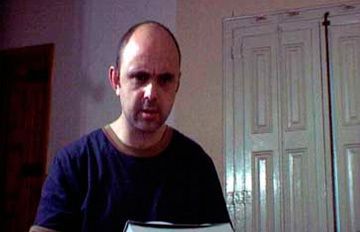 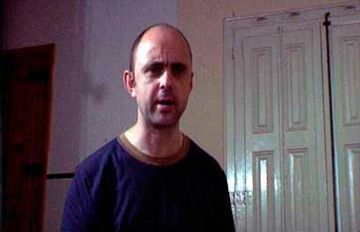 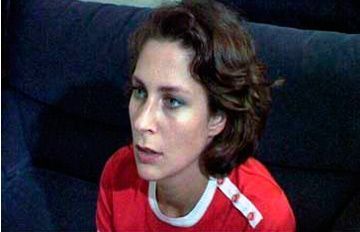 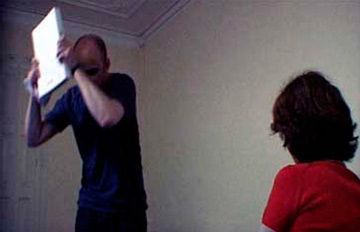