A short film about the differences and similarities of video art and cinema. Two characters, an actor and a video artist are chatting. They are in a film set, on a break, talking in the middle of props and cables, someone gives them a beer. The conversation is about film sets in film and video art projects, they are pointing out the differences of both ways of filming. They talk about budget, emotions and about the different relations that cinema and video-art have with fiction and reality. The camera has been getting closer and the quality of the image has changed to become more cinematographic. We no longer see the film set environment but just a frame with two characters. What at the beginning was a casual video in a break of a shooting is now a proper film of two characters talking. The reality becomes seamlessly fiction until the microphone irrupts on the frame and someone shouts: Cut!
Everything becomes black.
The end 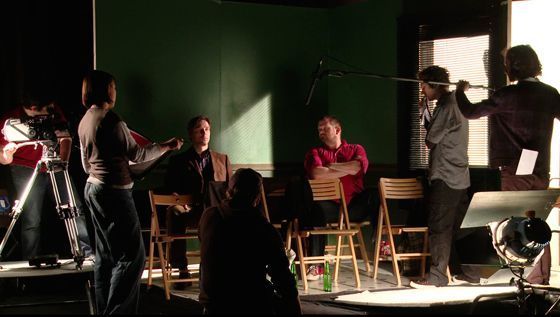 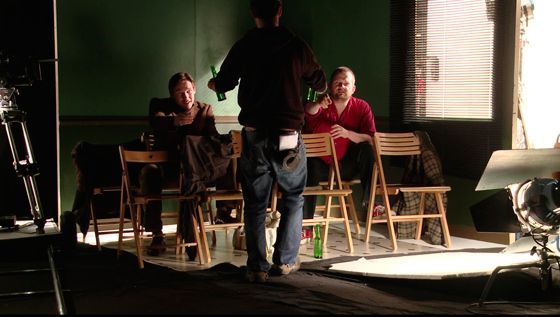 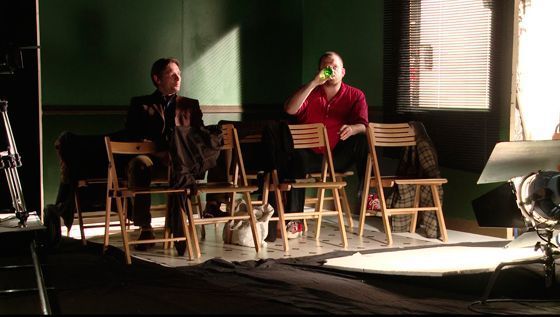 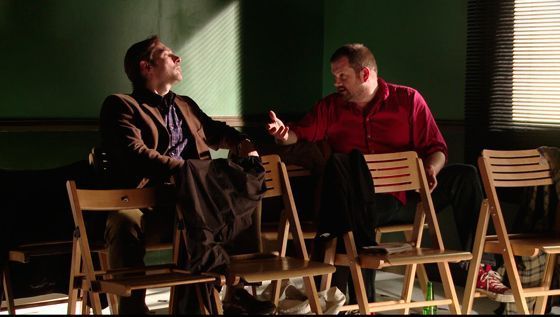 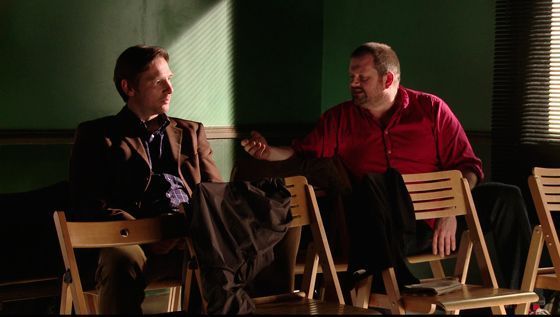 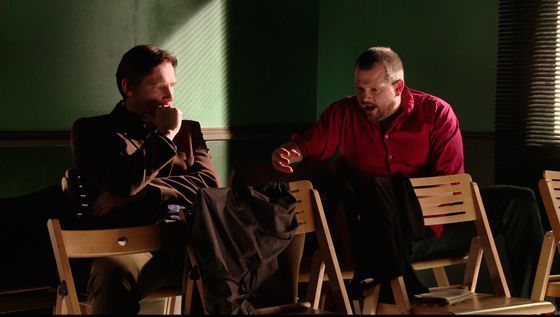 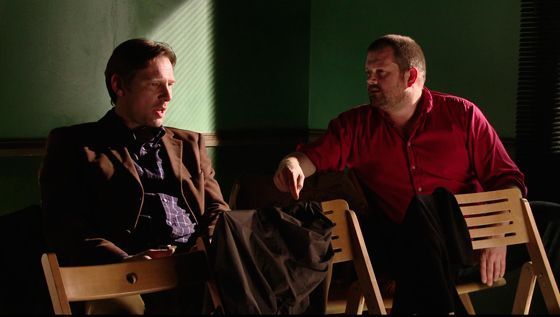 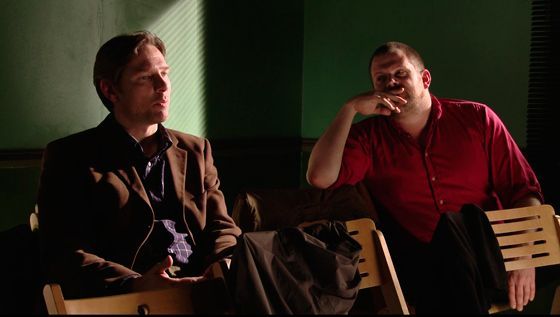