The electricity passed through the spine of the tower and through the wire the lamp was hanging from. The contact of the lamp with the tower was instable, just by one sharp point. For me it suggested a connection of the sky with the ground similar to lightning. But the sculpture also implies another link out of picture faraway, by which the circuit is closed, where electricity is produced. One of the images is in Ciento Gallery in Barcelona. The others are in the studio, while building it, and some tests with versions of the same idea. The show was reviewed in Artforum by Gloria Moure. 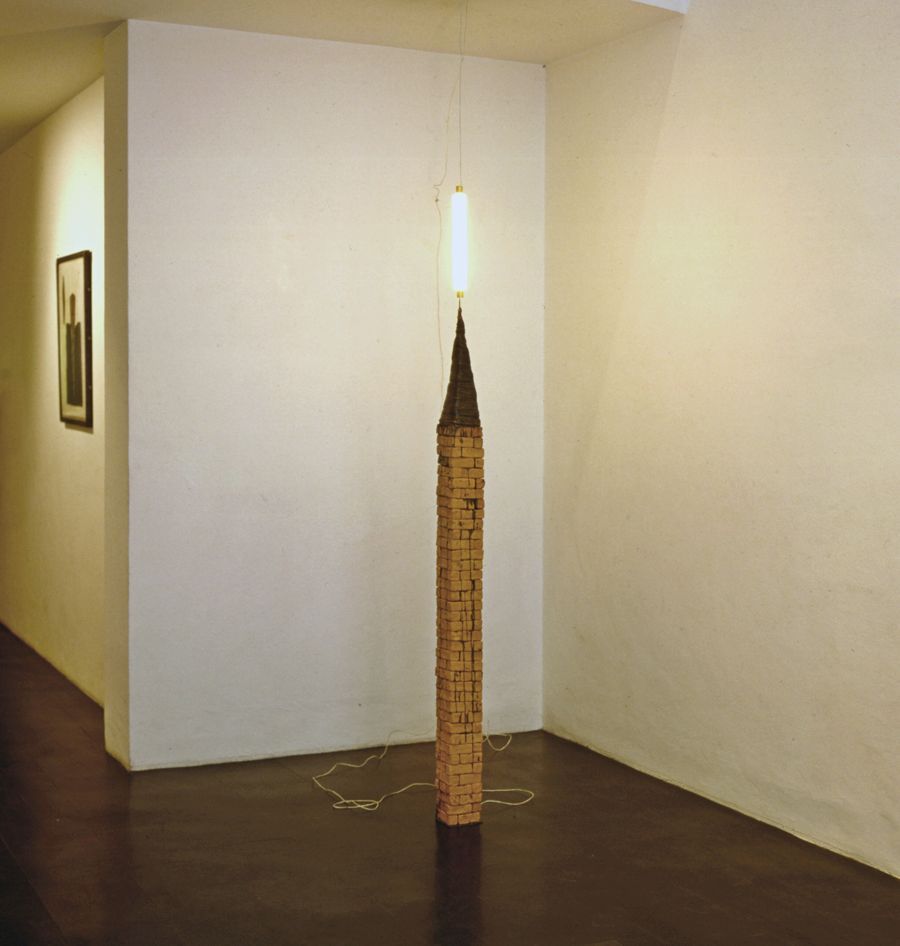 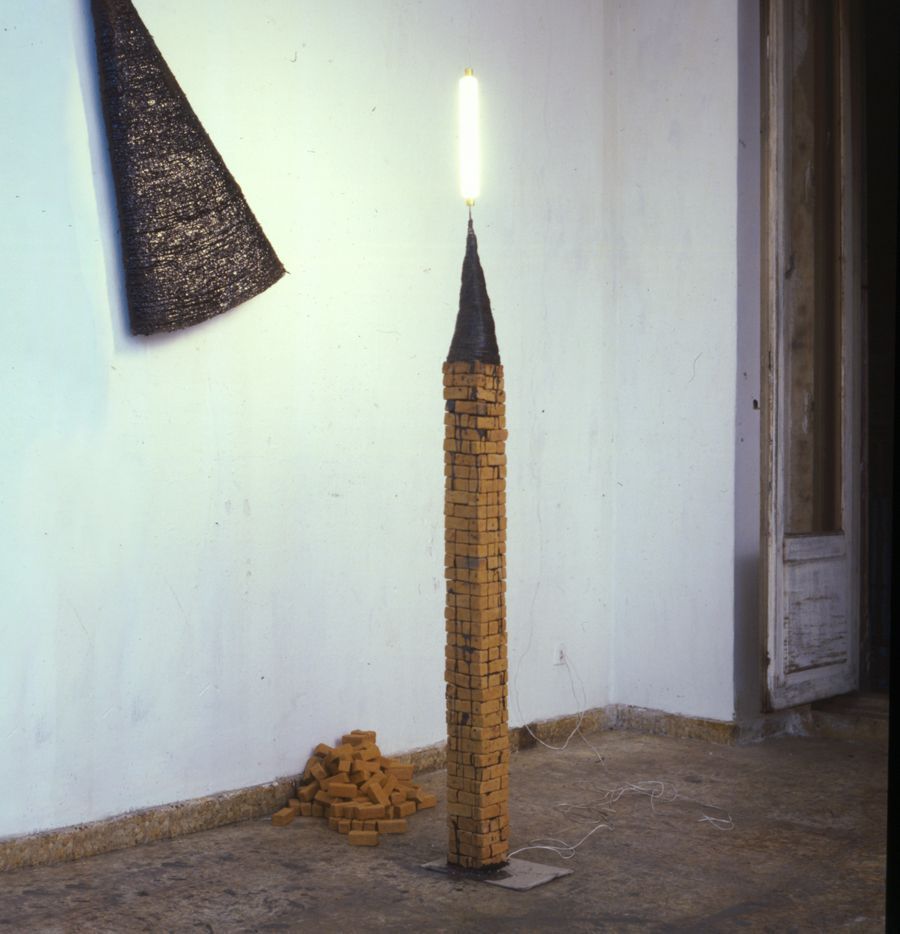 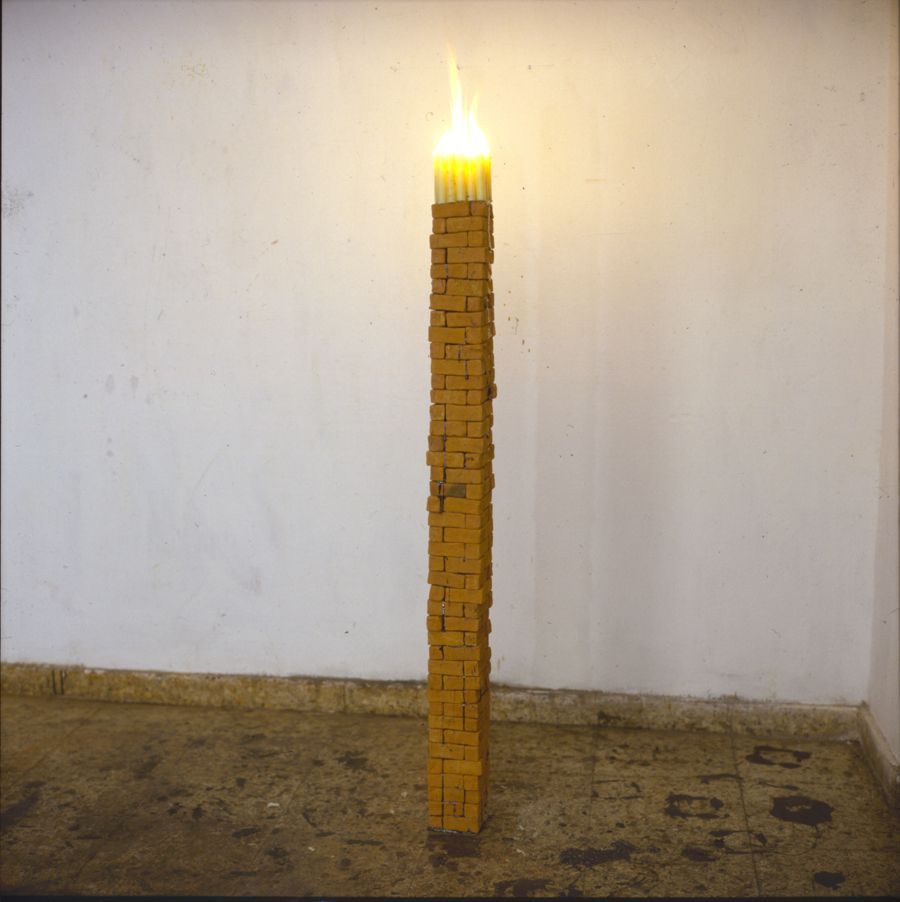 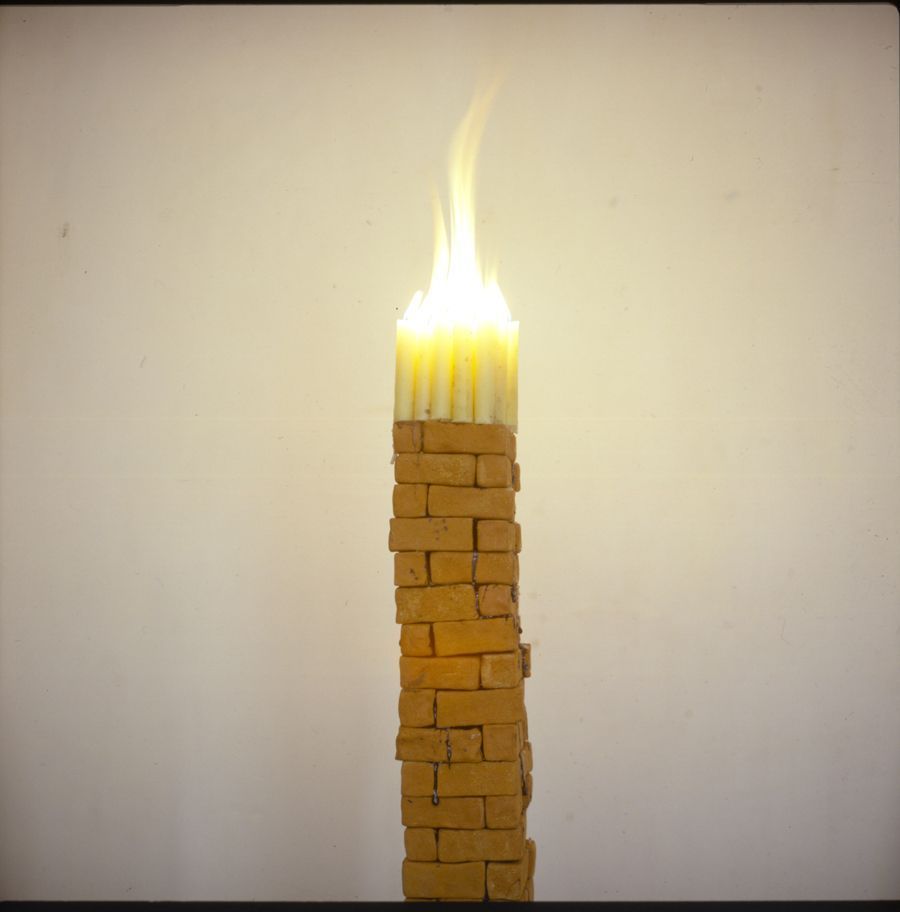