This second version of Virtuous Circles, although different in form, shares with the former those ideas related to perfection and circularity. The work consisted in twelve balls of clay mixed with grass seeds which were hanging, in an ordered circle, from the ceiling. The two times that it was shown I hanged the balls and put a bag with water around, so the grass was growing in the gallery until the opening of the show, when the bags were removed. The images are from a solo show at Wanda Reiff Gallery, in Maastricht, and from a group show in Pulchri Studio in The Hague, called Ode to the Light. The picture of the bags is Pulchri Studio. The arrangement of the twelve small blackboards is another try of the same period. 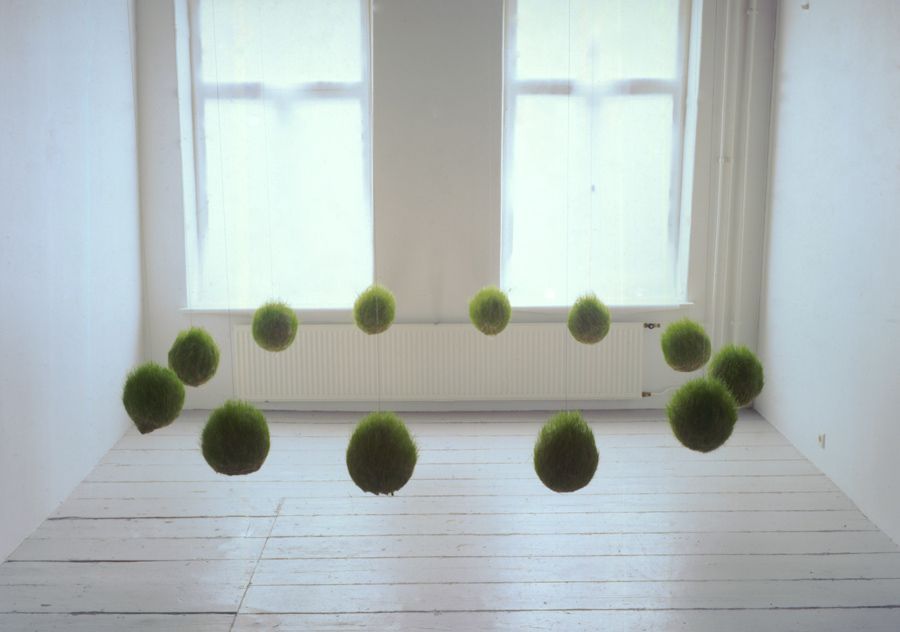 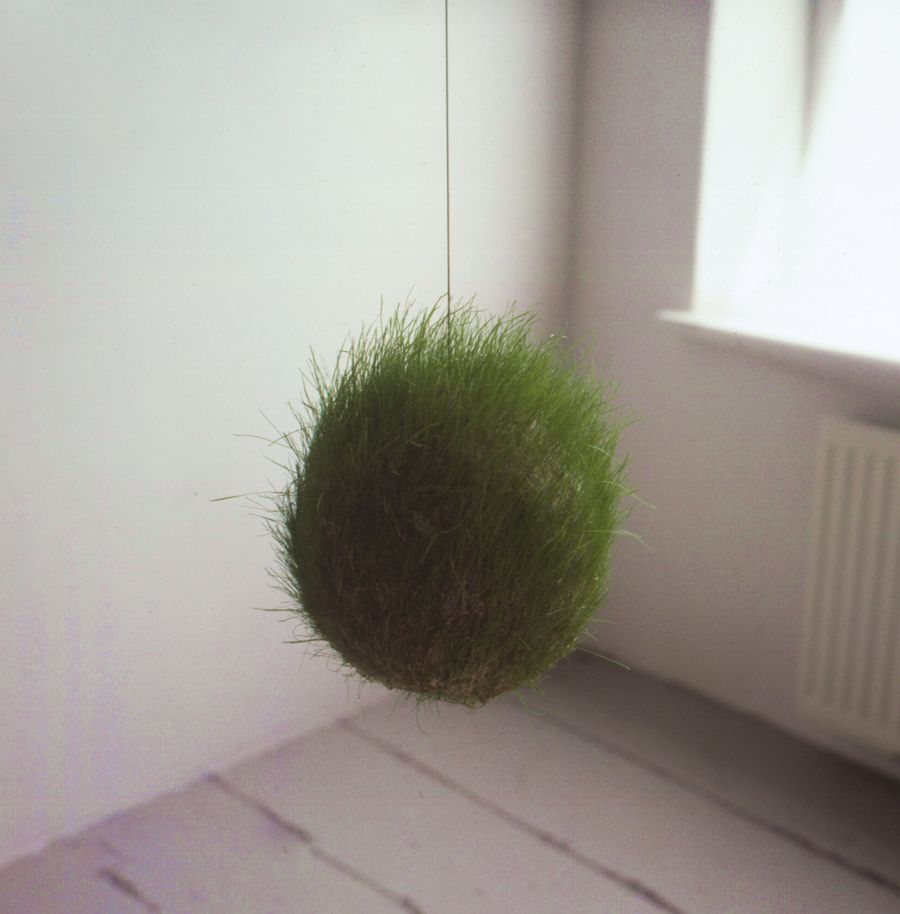 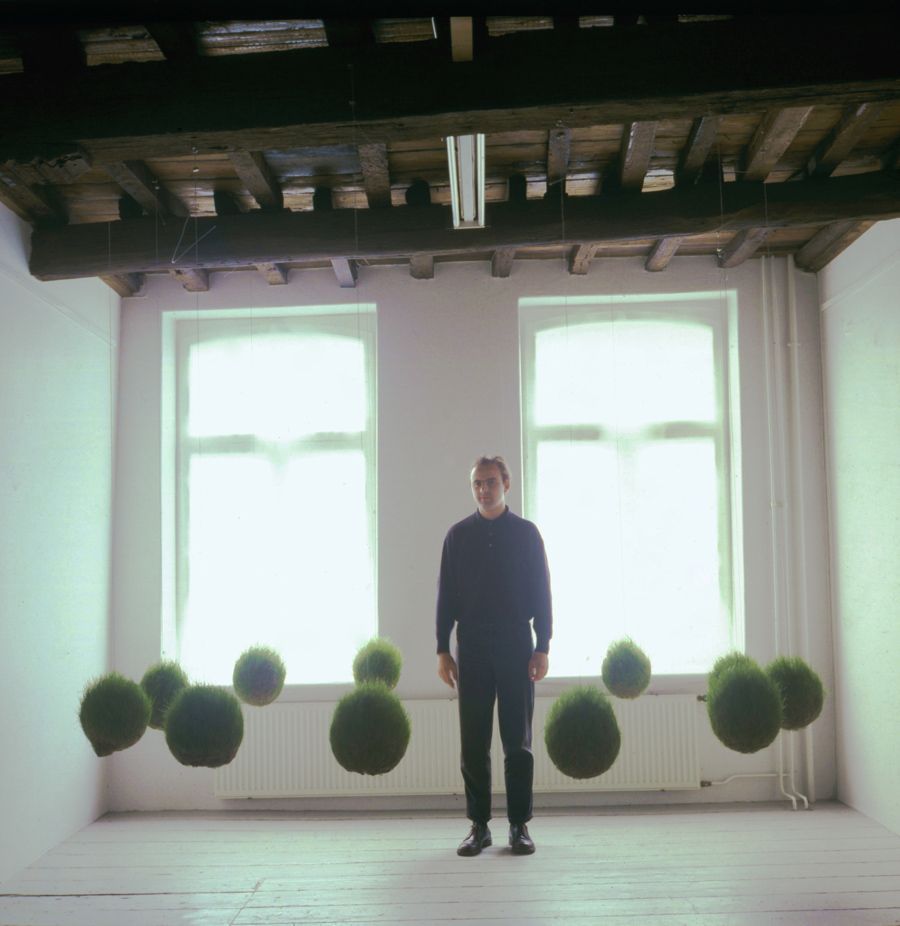 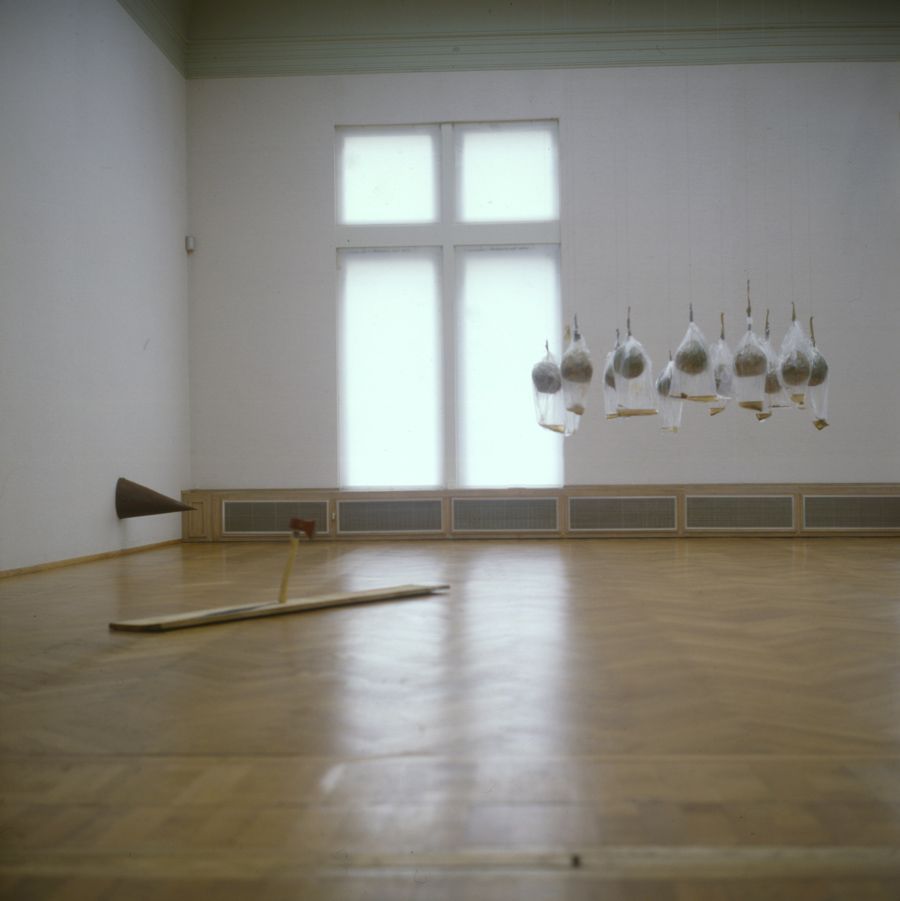 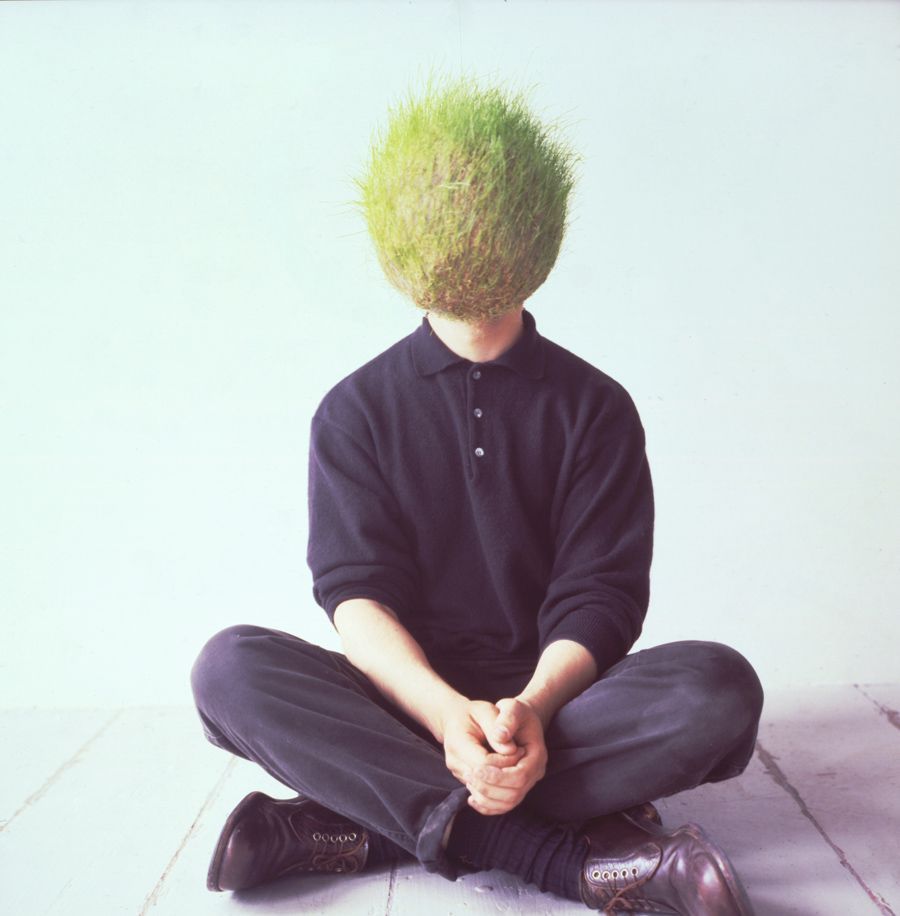 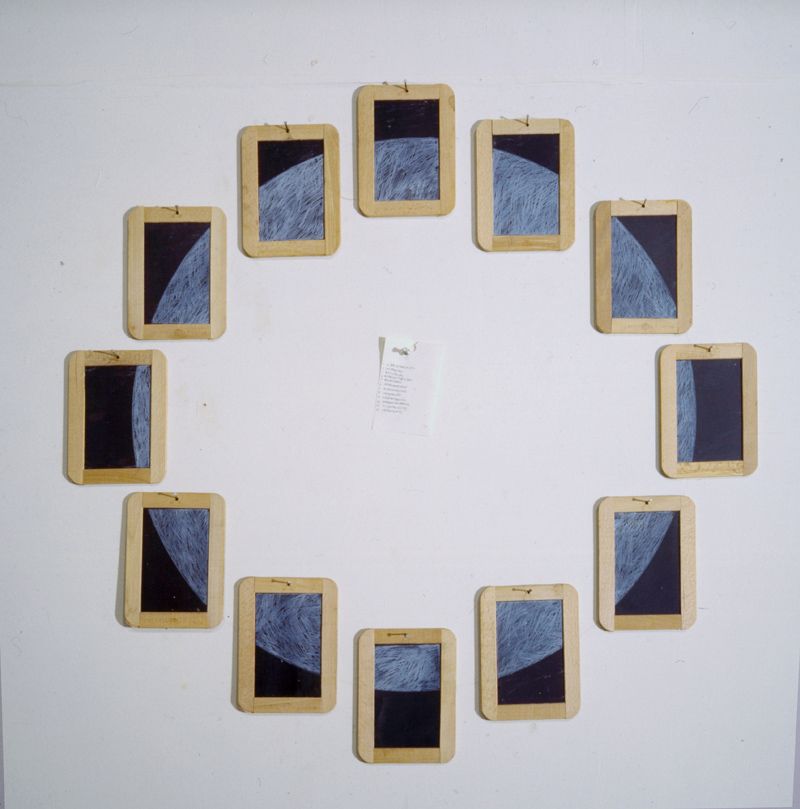