This intervention was one of a series of wall paints the city of Madrid commissioned to different artists. The walls were located in various parts of the city, quite distant to one another. Supposedly one should give a drawing made to scale for the painters to reproduce, but I did not like the fact of having a mediator, nor the graphic character that those images usually have, or the industrial finishing. Instead I thought to contribute with a work which will incorporate, in the concept and execution, the unescapable deterioration that the work was going to suffer. There were four planks of iron in each of the two drawings. The lines of the funnel are made with thin iron bars that should channel the rain hitting the planks during the years. Antirust paint was applied in the background of the drawing, but not inside the funnel, so then the rust will be destroying slowly the planks, dripping and leaving its imprint in the wall below. The work lasted there for more than fifteen years. The sentences are from Tao philosophy: 'Only nothingness penetrates in what has no cracks', and 'a knife which is constantly sharpened will not keep its blade for long'. 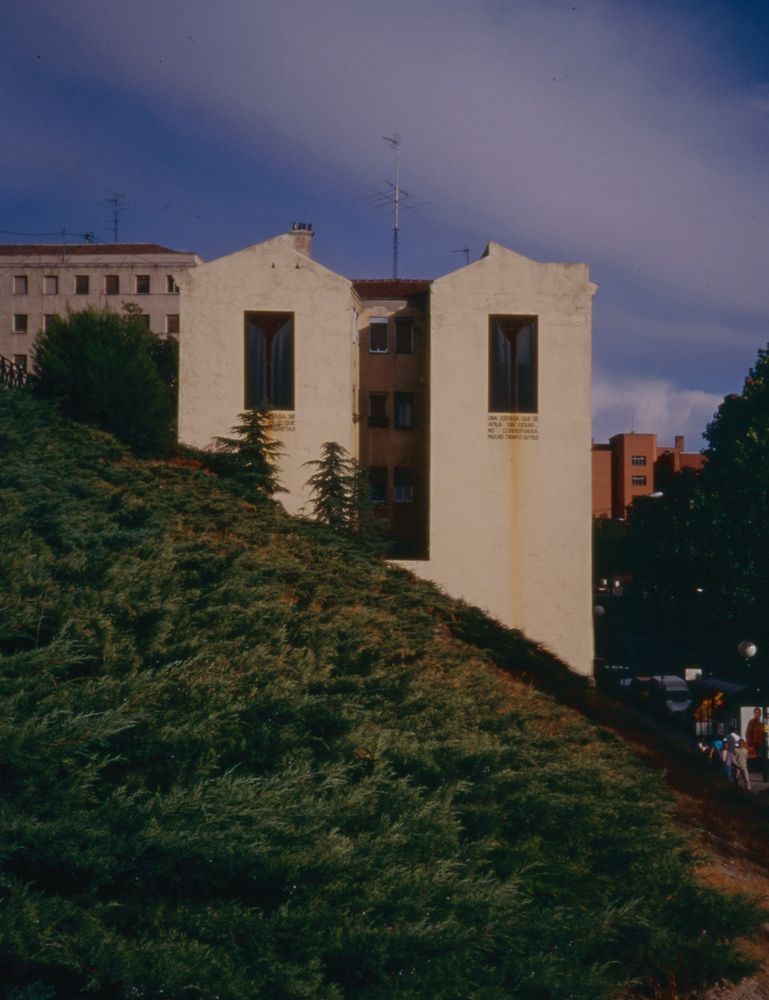 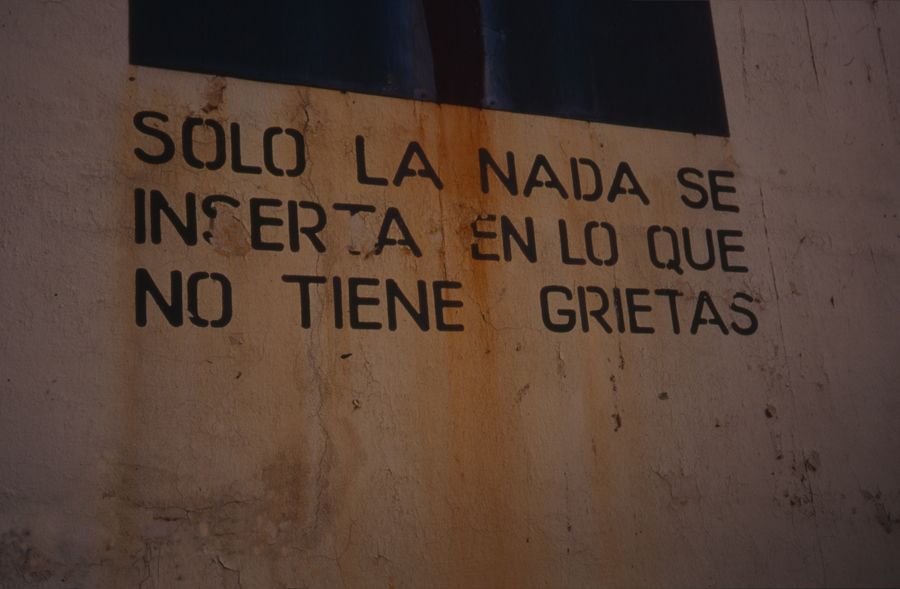 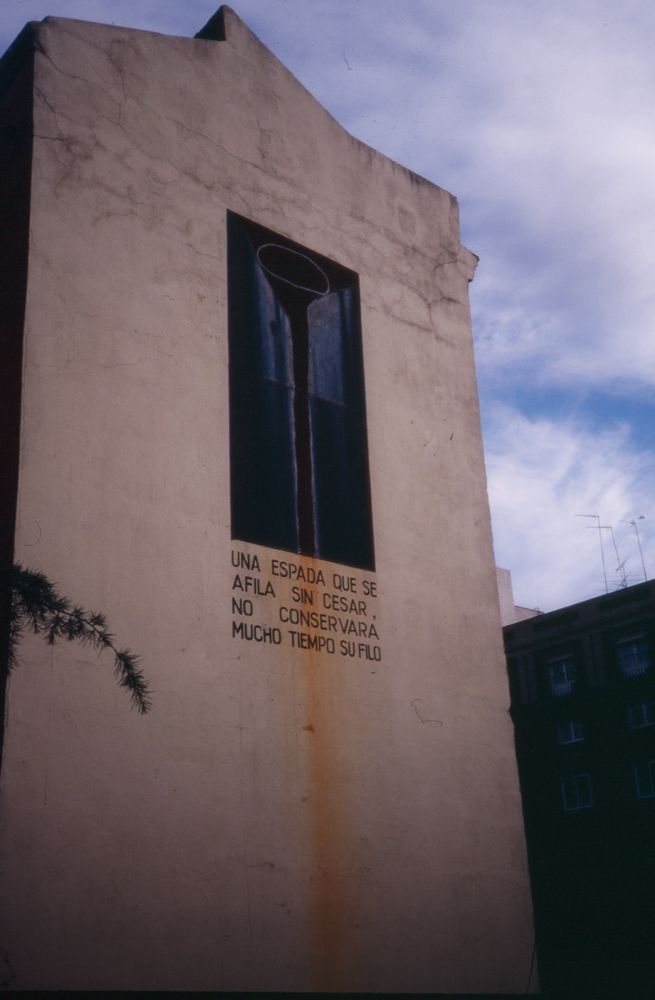 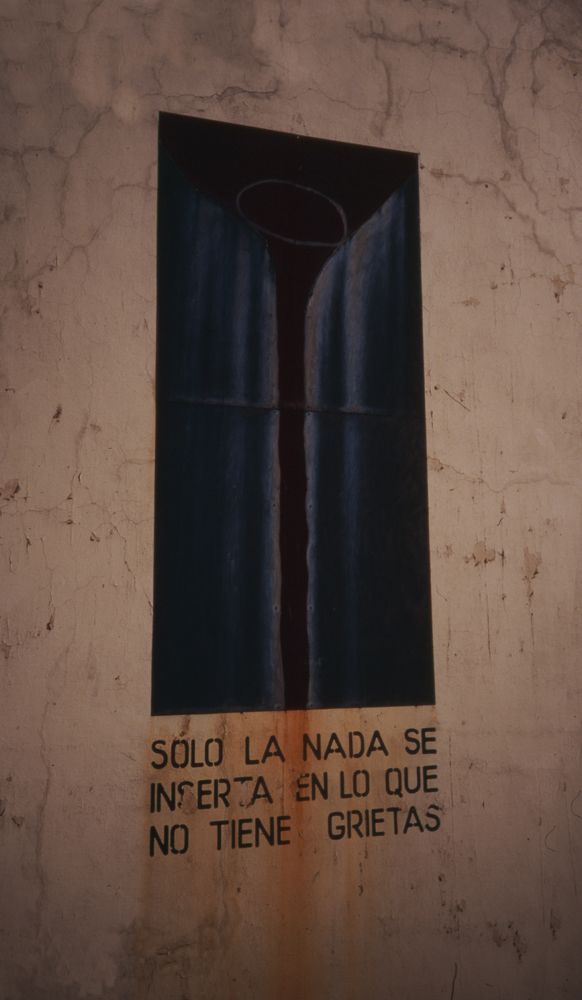