The second of the installations was at Galleria Moriarty, in Madrid. It consisted in approximately 30 ladders made out of electric wire and elongate incandescent bulbs. The effect when entering to the gallery was quite surreal, because the amount of light and, as I discovered later, due to the fact that, contrary to the usual, the ceiling was illuminated. The connections were live, so there was a little danger of a mild shock. The theme of the three installations was the lack of metaphysical centre, in this case due to its profusion. The installation was later shown at EAST, in Norwich (UK), where I had my first encounter with ridiculously over-implemented health and safety regulations. The pictures in an office space were taken there. The last image is a test in the studio. 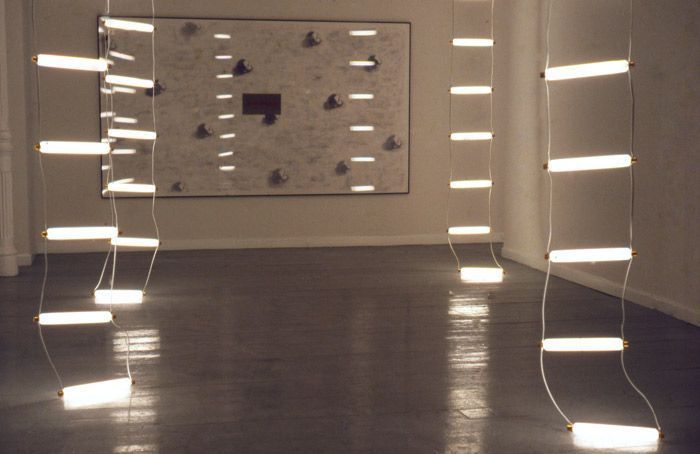 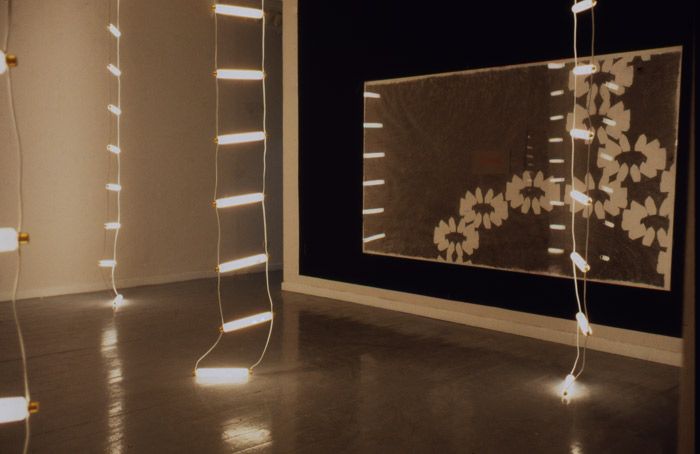 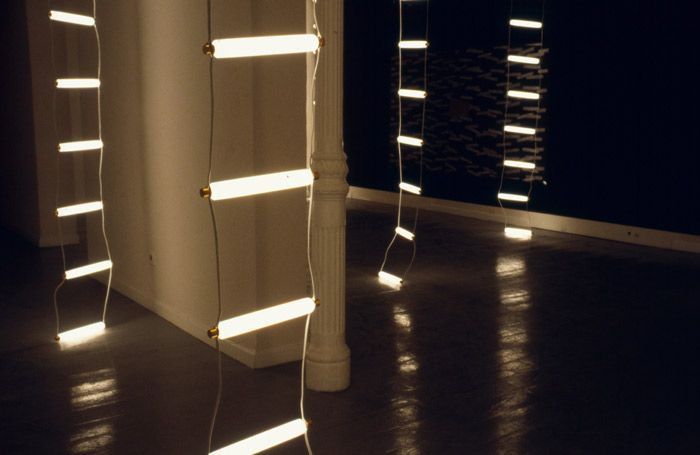 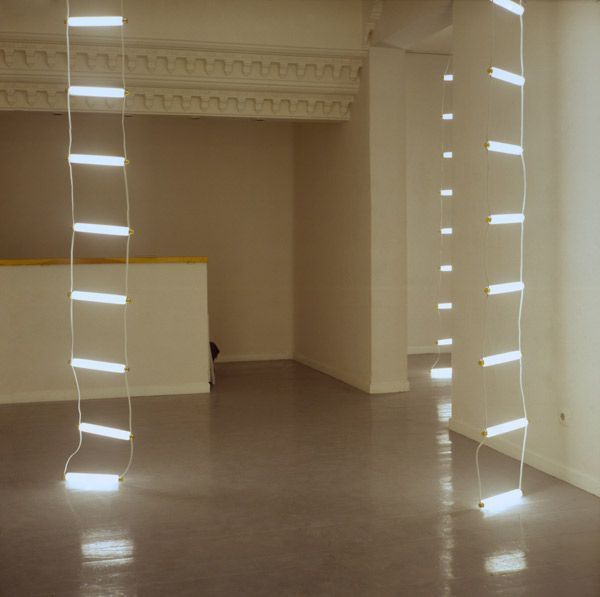 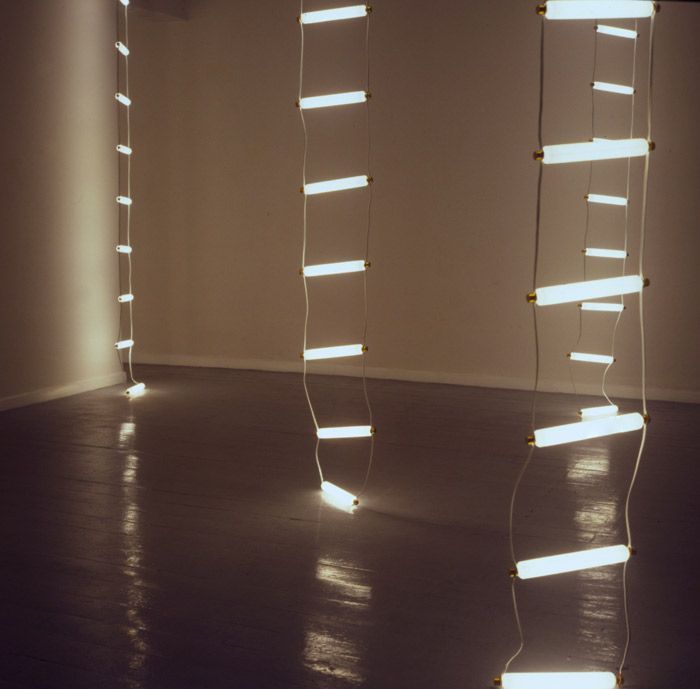 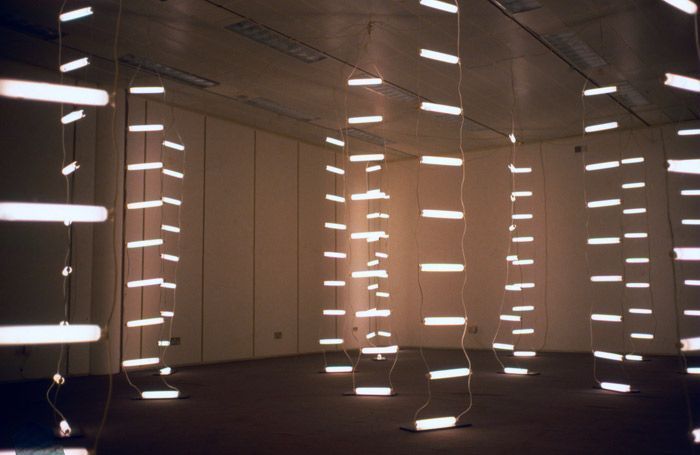 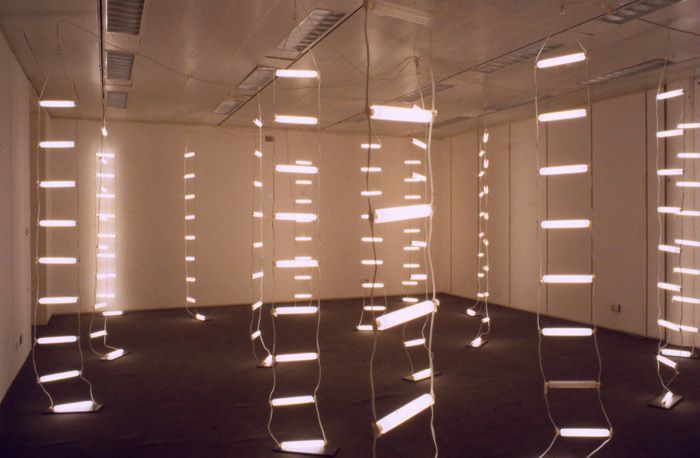 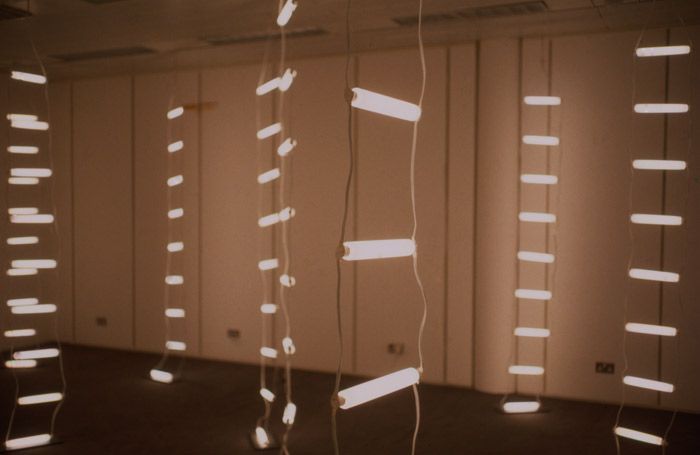